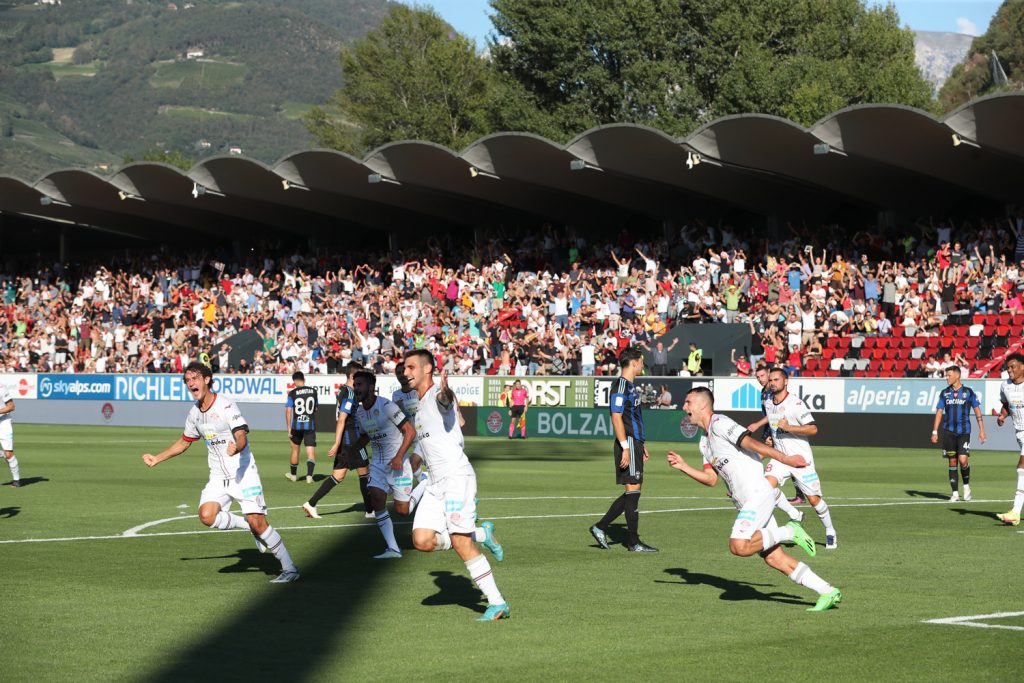 In their second home match of the season in Serie B, FC Südtirol, also new coach Pierpaolo Bisoli’s home debut, won 2-1 against Pisa, managed by Rolando Maran. A match that will remain in the history of the Alto Adige club as the first, historic victory in the cadet championship for the team.

The match began with two chances for the hosts with Davi and Zaro coming close but it was the guests who took the lead with a goal by Ionita. The FCS reaction was not long in coming and in the 35th minute the referee awarded a penalty for a foul on Odogwu and Rover scored the resultant penalty to level the match at 1-1. FC Südtirol took the lead, after the Var review, in the 63rd minute after the award of a second penalty this time for a foul by Morutan on Crociata. Rover added to his tally from the penalty spot with a powerfully struck shot, down the centre, to make the 2-1.

Ci Gusta congratulates the team and the new coach of FC Südtirol who have achieved a result that will remain in the club’s history.

Keep following us to discover the tasty news that we are creating together with FC Südtirol!