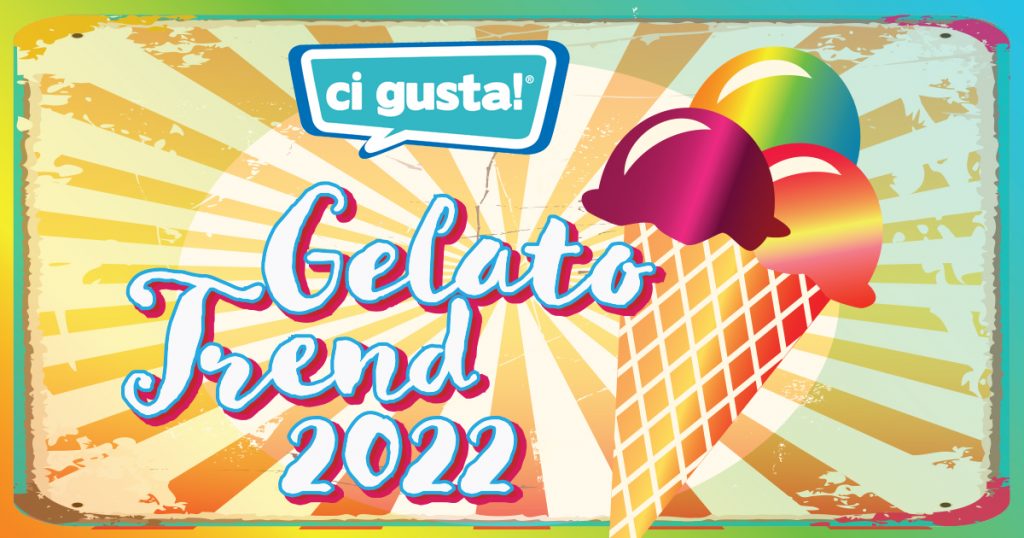 The desire for gelato is growing more and more and we want to give you a preview of what you will find in our shop windows in the coming months! Curious? Read on…

Our gelato makers will delight you with many extremely tasty flavours reminiscent of the most famous snacks that are sure to enchant children of all ages! One example is the satisfying flavour of hazelnut gelato, covered with a rich sauce of crunchy wafer pieces.

During the next season, we will also be fulfilling the requests of those who love the taste of brownies with a new sauce that we will use in various flavour combinations to offer you many tasty variations. We also have something new for liquorice fans! A sauce full of tiny pieces of fine liquorice that releases its balsamic aroma with every spoonful. Try it with lemon gelato for a fresh and trendy combination or with caramel gelato for an exquisite flavour.

The Ci Gusta’s gelato makers have also thought about those who are allergic to milk and its derivatives and offer two flavours suitable for those who have this dietary requirement, but who don’t want to give up a good gelato. The first flavour is for those who love dark chocolate gelato with its intense flavour and the aromatic and heady taste that characterises this type of chocolate. The other flavour, on the other hand, wants to take you straight to the tropical sun with its fresh taste of the best coconut. Two delicious flavours not to be missed!

Are you curious to taste these novelties? Come and visit us!