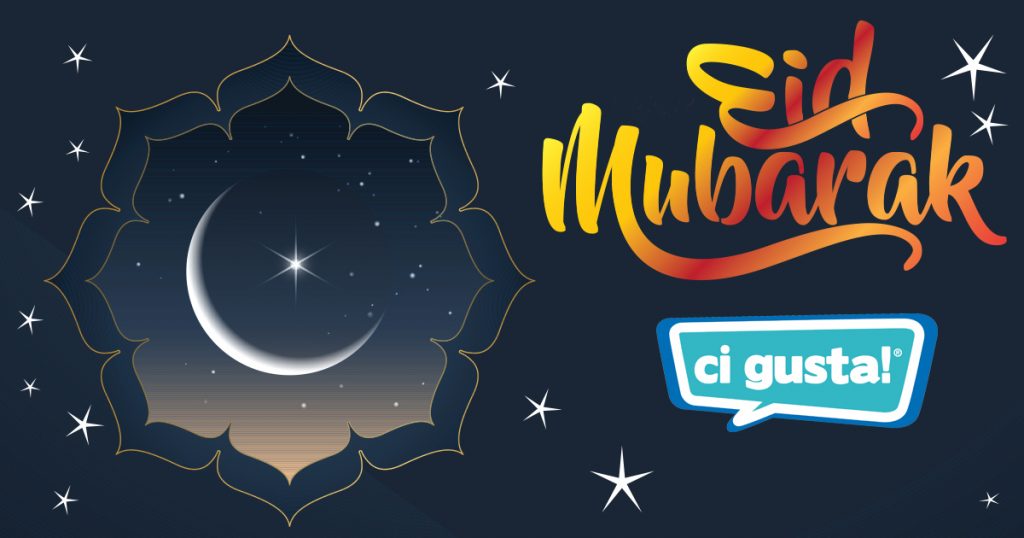 Eid mubarak to all our Muslim customers! The new moon brings an air of festivity and to celebrate the end of Ramadan, we want to show you some traditional Italian dishes that share ingredients and flavours with some of the most representative dishes of Arab and Middle Eastern cuisine.

Cous cous is certainly one of the most famous dishes of North Africa where it is eaten with vegetables, lamb or mutton and accompanied by the spicy sauce harissa. In the 1600s, this semolina pasta arrived in Sicily where it became increasingly popular in the version served with ‘ghiotta‘, a delicious fish and shellfish soup that has made the coastal town of San Vito Lo Capo famous throughout the world.

The aubergine combines Italian and Persian gastronomic traditions, giving us two succulent dishes that bring out the best of this extraordinary vegetable. One of the best known Iranian starters is Kashk-e-Bademjan, which consists of an aubergine flan flavoured with Kashk, a fermented yoghurt typical of the Middle East. This Middle Eastern appetiser is reminiscent of one of the most popular dishes in Italian cuisine: Parmigina di Melanzane. A delicious dish made up of layers of fried aubergines, tomato sauce, mozzarella and Parmigiano Reggiano cheese.  This dish has spread from the south of Italy throughout the peninsula where every family jealously guards its recipe.

Nuts, such as almonds and walnuts, together with dried fruit, as sultanas, are ingredients widely used in Middle Eastern cuisine to give flavour to meat or pastries, but these ingredients are also used in Italy to season pasta in a simple but tasty way. Also in Sicily, you can enjoy Spaghetti with Sultanas, or as they say on the island passolina, pine nuts and anchovies. A dish with a strong character, but at the same time very elegant.

The typical desserts of Middle Eastern culture are a triumph of sweetness, where honey, phyllo pastry and dried fruit alternate to create exquisite sweets such as Baklava.

These flavours are combined with the Italian creativity to make a surprisingly tasty gelato to enjoy at the end of a meal or as a snack. We look forward to seeing you at Ci Gusta!