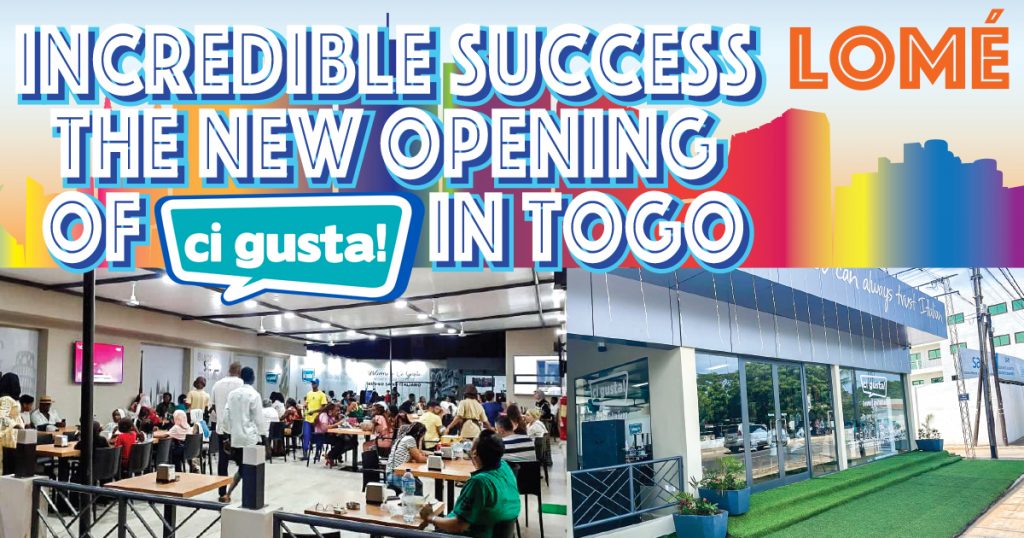 Many people have already come to visit the brand-new Ci Gusta that has recently opened in the capital of Togo, Lomé. An incredible success that demonstrates how Italian cuisine and good food are appreciated all over the world.

Lomé is a fascinating city that has been the protagonist of important historical events, one of which was the historic signing of the Lomé Convention, which governed the partnership between the European Union and the ACP countries from 1975 to 2000. The city’s past as a French colony can also be seen in its urban architecture, which is inspired by that of the famous French capital. Place de l’Independence is reminiscent of the Place de l’Étoile in Paris, with its star shape and central monument to France’s independence in 1960.

In this quiet area, a haven of peace from the city’s busy streets and markets, you will find the new Ci Gusta.

It’s the place to go for a good, crispy pizza or a tasty, filling sandwich, but it’s also the ideal meeting place for those who want to indulge in some pastries and, of course, some good, artisanal gelato.

Just a few days after its opening, Ci Gusta Lomé is already becoming a reference point for the neighbourhood, as it offers a large, bright space where you can hang out while eating delicious food.

What are you waiting for? Come to the new Ci Gusta at Avenue Nicholas Grunitzy 451 to try the real Italian Food.