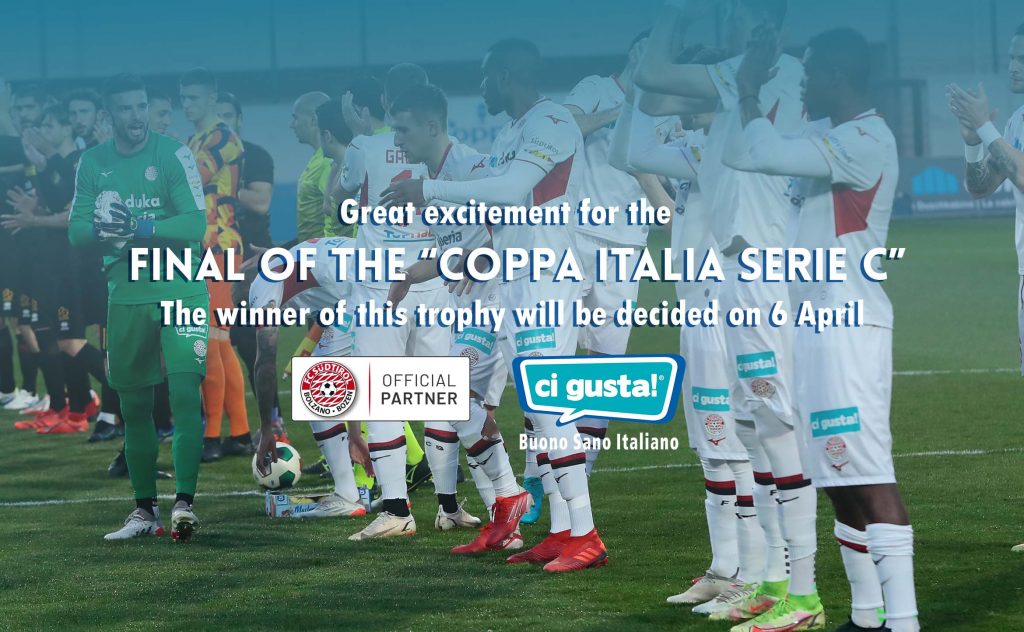 The winner of this trophy will be decided on April 6th.

The decisive match will decide who wins the Coppa Italia Serie C between FC Sudtirol and Padova and it is just around the corner.

On Wednesday, April 6th the Druso Stadium in Bolzano will host the match that will designate the winner of the competition. The two teams start at 0-0 in the first match played in the Venetian city, this enables the possibility for both teams to prevail over each other which makes the match even more exciting.

This will be the first of two important direct matches that Fc Sudtirol and Padova will play in the next ten days. Saturday, April 16th is scheduled to take place at the home arena and will be the match that determines who will excel in the championship and who will win the promotion to Serie B.  These will be two events not to be missed as they make this season finale even more thrilling!

As always, the Ci Gusta logo will be clearly visible on the banner at the Druso Stadium and on the print of the players’ shorts.