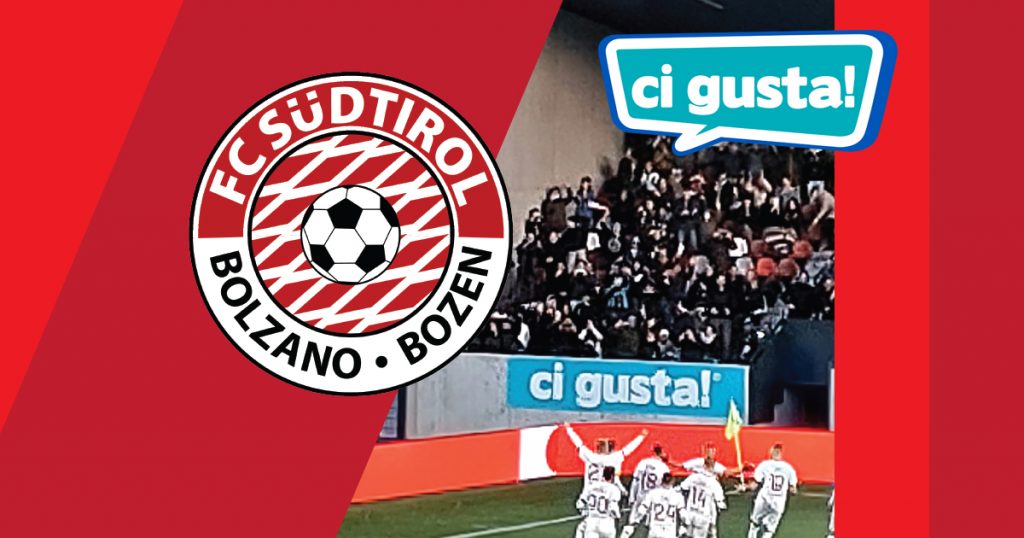 On the 14th day of the first leg, FC Südtirol ended with a two-goal draw on the ground of the Druso Stadium against the bianconeri from Marche.

The match against Ascoli ends 2-2 thanks to an important comeback of the South Tyrolean team that on the ground of the Druso Stadium in Bolzano conquers its eleventh result in a row under the guidance of coach Bisoli.

The match was already unblocked in the first minute of play with a goal by Lungoyi that, despite Poluzzi’s diving touch, went into the crossbar of the posts and gave the visiting team their first goal of the day.

After several faded actions, the hosts reached the equalizer in the second half with a penalty kick by Casiraghi, who cleared Guarnia and scored the 1-1 goal.

Ascoli took the lead again in the 20th minute with a Caligara shot from 18 metres that, thanks to a precise deflection, ended up in the net for 1-2.

FCS’s comeback came in the 40th minute after a rebound in the box that Rover slotted into the goal and, after a lengthy Var review, was validated and scored the equaliser.

Before this exciting match in the VIP Club of the Druso Stadium, Ci Gusta offered a selection of the specialities on the menu: the unfailing ‘Forza Biancorossi’ ice cream, this time proposed in a soft version, the iconic Cafffettone and also the fragrant tigelle from the Merenda Reggiana line filled with chocolate and pistachio cream, which went down a storm!

On Sunday, 4 December, FC Südtirol will once again be engaged on its home pitch on the occasion of the match against the leading team Frosinone, and Ci Gusta will again be present in the VIP Club with many delicious proposals and with our exclusive bags.