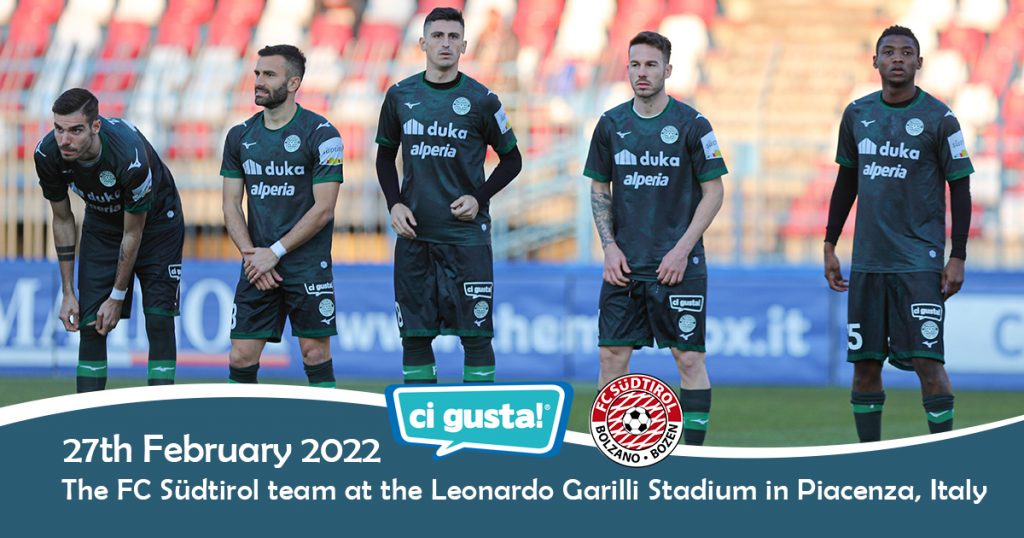 We are pleased to announce that on Sunday February 27th, at the Stadium of Leonardo Garilli in Piacenza, the partnership between Ci Gusta and the prestigious, winning football team FC Südtirol has begun!

From the beginning, Cooking and football have always been the greatest passions of Italians, and although they seem to be two very different fields, they actually have several points in common: very often, terms in the culinary world are used to define football actions and facts (i.e., “cucchiaio”- spoon– or “calcio-champagne”) expressions that can give colour and flavour to the sport loved by Italians! And it is precisely in the field of flavours that Ci Gusta comes into play, a project of franchising with a deep Italian soul, created in 2011 by international visionary and Emilian manager, Dr. Dario Rabboni.

From breakfast to dinner, from gelato breaks to aperitifs, Ci Gusta is the ideal place where consumers can enjoy the best of traditional Italian foods such as gelato, pasta, coffee and pizza, to be savoured both in the most traditional form and also with a modern twist.

All this has allowed Ci Gusta to open in a few years 25 successful restaurants in more than 10 countries all over the world.

The secret ingredient of Ci Gusta? The team spirit, which is fundamental in order to create winning recipes every day to delight the customer’s palate. This is the same passion FC Südtirol has been demonstrating over the course of constant progressive growth, aimed to obtain the best results. FC Südtirol, the northernmost professional club – currently at the top of Group A of the Serie C championship – is the symbol of an entire territory, the province of Bolzano.

This is how the synergy between Ci Gusta and FC Südtirol was born, and they will be on the field together to represent Italian excellence in good food and football until the end of the championship.