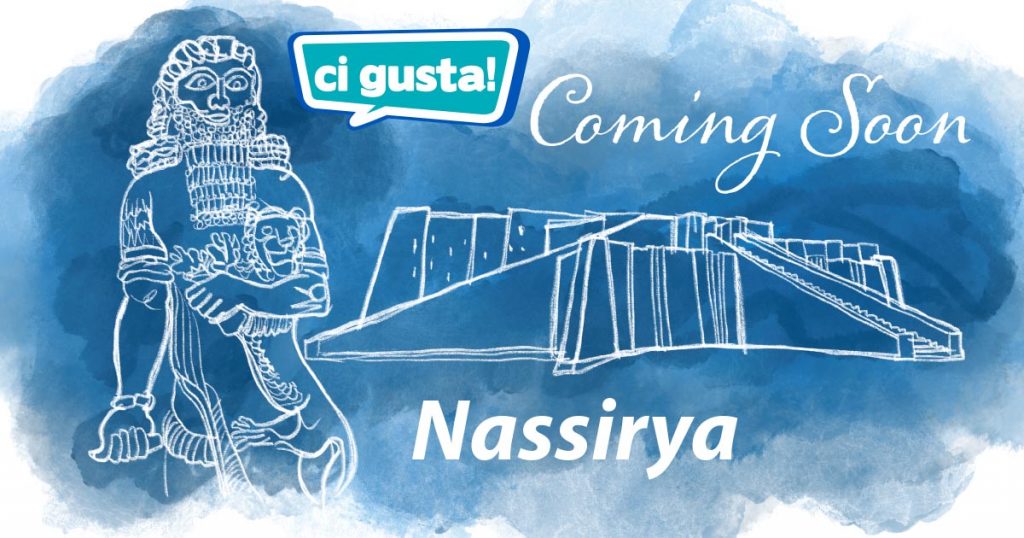 A new Ci Gusta is soon to open and bring classic Italian cuisine to the historical city of Nassirya, located on the banks of the Euphrates River close to the impressive archaeological site of Ur.

This city is located in the cradle of human civilisation, between the Tigris and Euphrates rivers, where one of the most surprising and mysterious peoples ever to inhabit our planet lived: the Sumerians. Ur was a central city for this people, who invented cuneiform writing, the wheel, the plough and many other innovations that are depicted in the famous ‘Standard of Ur’, which shows just how fundamental this civilisation was to the development of mankind.  This ancient city is also mentioned in the Bible as ‘Ur of the Chaldeans’ and is identified as the birthplace of the patriarch Abraham.

The city of Nassirya, on the other hand, is symbolically important for Italy, because it was the site of the sacrifice of Italian soldiers who were engaged in Peacekeeping missions in the area in the early 2000s. Ci Gusta is doubly pleased to bring the flavours of our tradition to this area to testify how food is a means of encounter between cultures and a symbol of union between peoples.

The Ci Gusta restaurant will be located in a newly constructed building and will have a large terrace that will allow customers to enjoy our delicacies outdoors. At Ci Gusta Nassirya, you will find all the best-loved specialities of our chain. From traditional Italian pizzas to the most famous pasta dishes of our cuisine that are known and imitated all over the world, but at Ci Gusta you will find them in their most authentic version.

The restaurant will also be the perfect place to eat real artisanal gelato, which can be one of the sweetest ways to lower the temperature on hot days. It will be a cosy restaurant with the flavour of Italian design that will welcome both families who want to enjoy a good lunch together, and also be the ideal place for those who want to try different flavours from the local cuisine.

This will be the first of many Ci Gusta restaurants that will open in the coming years in Iraq and will introduce the values and tradition of Italian cuisine in the Middle Eastern country.

Keep following us to stay updated on Ci Gusta Nassirya.