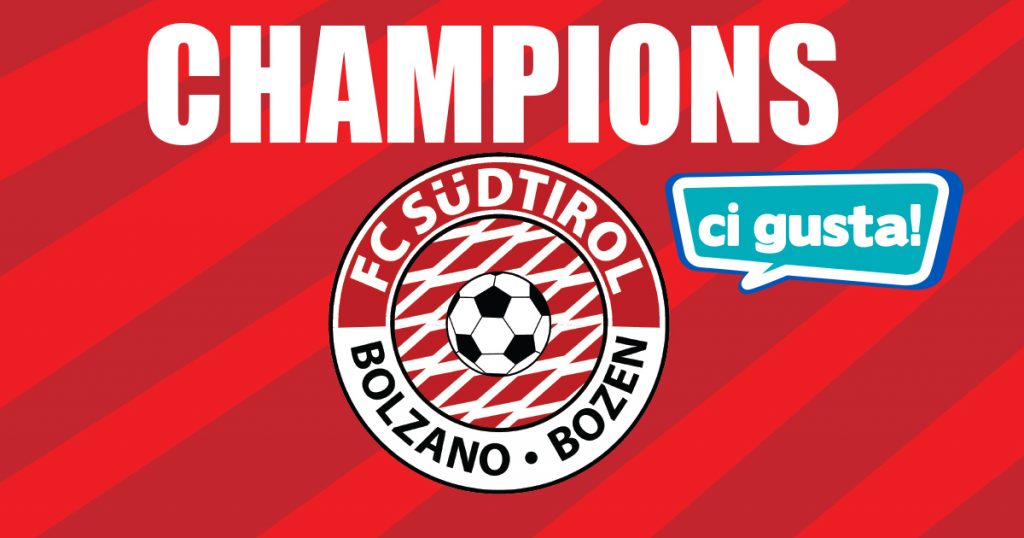 On the last day of the second half of the season, Ivan Javorcic’s Südtirol won 2-0 against Triestina at the “Nereo Rocco” stadium with two goals from Casiraghi and won their first historic promotion to Serie B.

Mission accomplished! FC Südtirol has conquered first place in the standings that allows it to obtain the historic promotion in the Serie B, an extraordinary result that crowns a fantastic season that has seen the team always at the top of the list.

On the field of “Nereo Rocco” in Trieste, the “biancorossi” won 2-0 against Triestina thanks to a wonderful double of Casiraghi. A great success that signs the rise in Serie B of FC Südtirol.

A historic promotion that will bring the team to face high-level teams that will out them to the test, and make South Tyrolean football and Ci Gusta known to more and more people.

The entire Ci Gusta staff is proud to have supported this fantastic team that has given us so many emotions and will continue to do so in Serie B! A winning team that has not only achieved this important goal, but is also currently the team with the best defence in Europe ahead of Ajax with only 9 goals conceded.

Congratulations from the entire Ci Gusta team for writing a page in football history.