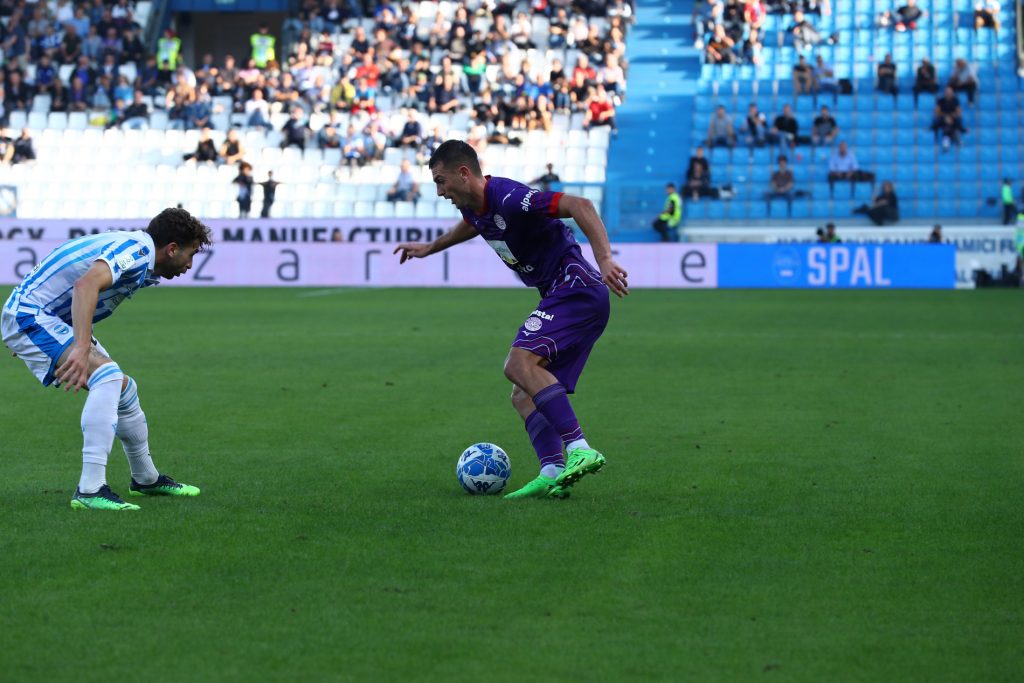 At the Mazza stadium in Ferrara it ends 1-1

The South Tyrolean team gained its eighth consecutive result of the year against SPAL.

It was a well-deserved draw against a club with a long history in Italian football, which boasts two Serie B championships in its palmares and participation in 19 top-flight championships.

A team that is the symbol of the city of Ferrara, an elegant city of art located in the heart of the Emilian plain and just a few kilometres from the river Po, emblem of the Renaissance and of the Estense noble family.

In the stadium of this unique city named after the historic coach Paolo Mazza, FC Südtirol’s eleventh Serie B match took place.

SPAL started immediately determined and at the 4th minute of the first half, Maccariello scored a precise header goal that put the home team 1-0 ahead. The equalizer comes in the 9th minute of the second half when Casiraghi shoots a corner kick that lands on the head of Zaro who scores the 1-1 goal.

The streak of positive results under Pierpaolo Bisoli continues. FCS will be back on the pitch at the Druso stadium on November 5th against a great and winning club that won the Serie A in the 1969-1970 season thanks to the goals of the legendary Gigi Riva: Cagliari.

On this important day, we will once again bring the Ci Gusta gelato cart to the South Tyrolean team’s VIP Club. Another opportunity to let FC Südtirol supporters taste the goodness of our artisanal gelato.

Ci Gusta continues to support FC Südtirol in its Serie B adventure!