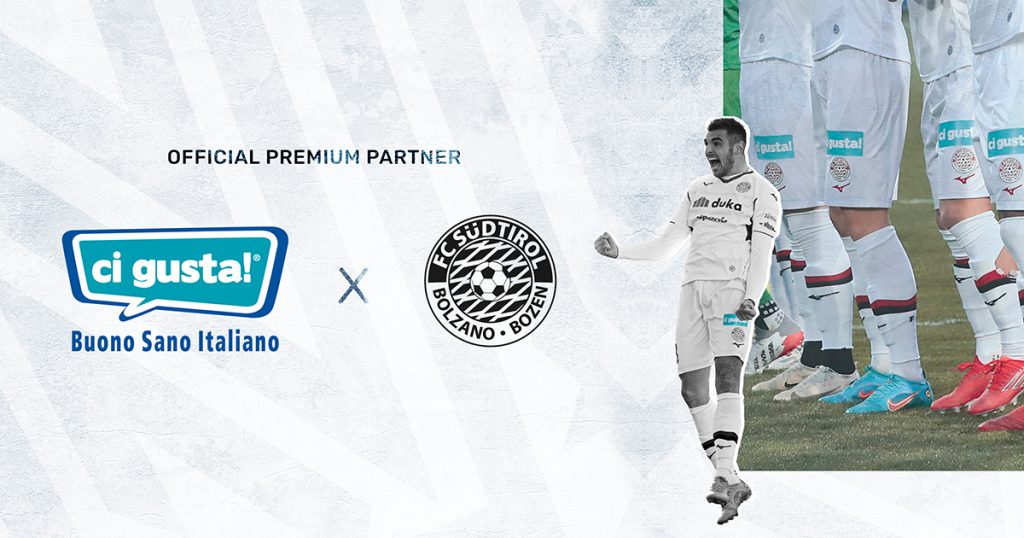 The red and white club has extended its premium partner agreement with the prestigious Emilian company, whose brand will appear on the match-shorts as it did in the second half of last season

FC Südtirol is pleased to make official the renewal of the agreement with the premium partner “Ci Gusta” for the next season in Serie B.

The red and white club has extended an agreement, which includes, among other things, the renewal of the sponsorship of the match-shorts with the “Ci Gusta” brand, which will continue to be on full display as it was in the second part of the triumphant 2021-2022 season.

The prestigious company operating internationally in the catering sector, based in Reggio Emilia, has signed a new and valuable partnership with the red and white club that is fully in line with the club’s openness to establish relations with companies outside the region that share the club’s growth and development project and pursue common goals and vision.

“FC Südtirol is proud to continue the relationship with the premium partner ‘Ci Gusta’,” said operations director Hannes Fischnaller, “and we would like to thank Dr. Dario Rabboni for having decided to extend the collaboration with the northernmost professional club in Italy, giving continuity to the first significant partnership in football in the history of ‘Ci Gusta’, crowned by important results.”

Cooking and football have always been the greatest passions of Italians, and although they seem to be two very different fields, they actually have several points in common: very often, terms in the culinary world are used to define football actions and facts (i.e., “cucchiaio”- spoon– or “calcio-champagne”) expressions that can give colour and flavour to the sport loved by Italians! And it is precisely in the field of flavours that Ci Gusta comes into play, a project of franchising with a deep Italian soul, created in 2011 by international visionary and Emilian manager, Dr. Dario Rabboni. From breakfast to dinner, from gelato breaks to aperitifs, Ci Gusta is the ideal place where consumers can enjoy the best of traditional Italian foods such as gelato, pasta, coffee and pizza, to be savoured both in the most traditional form and also with a modern twist.

The secret ingredient of ‘Ci Gusta’ is team spirit,” emphasises Dr. Dario Rabboni, the company’s top manager from Emilia Romagna. “This is a fundamental element in order to realise winning creations every day to delight the customer’s palate, the same passion that FC Südtirol, symbol of an entire territory, the province of Bolzano, has been showing for some time now, in the context of a constant path of growth.”

It continues the synergy between “Ci Gusta” and FC Südtirol, once again in the field together to support two excellences such as good food and football.

Read the press release on the FC Südtirol website.