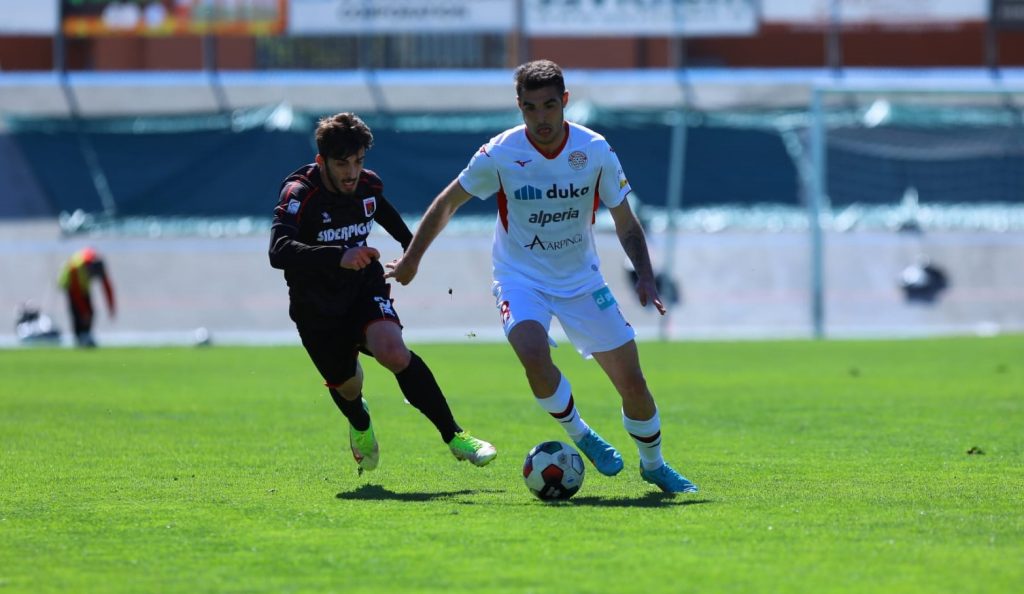 FC Südtirol imposes itself with a categorical 4-0 on the Piacenza team thanks to the goals of De Marchi, Voltan, Rover and Beccaro.

In the 36th day of the Serie C championship 2021-2022 FC Südtirol overcomes Fiorenzuola with the score of 0-4 on the ground of the Stadium-Velodromo “Attilio Pavesi” of the Emilian town in the province of Piacenza.

The match is unblocked immediately in the first minutes of the game thanks to a tense cross from the left band of Davi in the middle of the area where De Marchi controls, eluding the intervention of Varoli and starts a powerful right footer sending the ball into the net for the 0-1. The double comes at the end of the first half thanks to an impeccable penalty scored by Voltan. The third goal comes in the second half thanks to a powerful right-footed shot by Rover and the final poker is scored by Beccaro who takes advantage of an error of the opponent’s defense to sign the 4-0 goal.

In the standings, the “biancorossi” of Ivan Javorcic’s trainer reach 86 points and remain on top with two points of advantage over Padova, victorious at home against Giana Erminio.

Saturday, April 16th at the “Druso” Stadium in Bolzano will be staged the direct match at the top between FC Südtirol and Padova, a very important match that is worth the promotion to Serie B.

All the staff of Ci Gusta cheers for FC Südtirol!