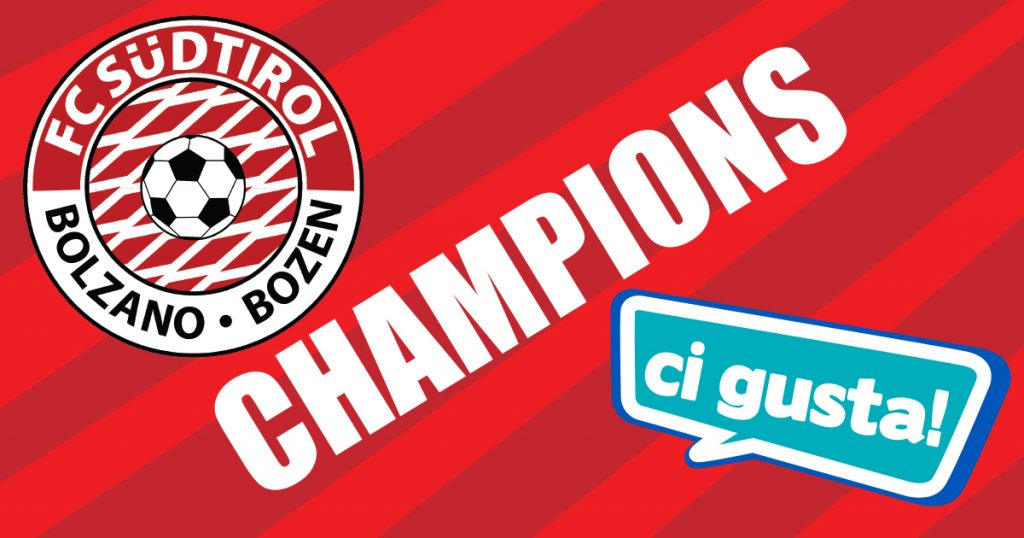 Ci Gusta logo on the shorts of this record-breaking team

As well as celebrating their historic promotion to the Serie B, FC Südtirol are also famous in Europe as one of the best defences in the major European leagues.

The first goal conceded by the South Tyrolean team only came in November, after two months of unbroken goals! This is an uncommon achievement even for top teams playing in high-profile international leagues such as Inter, Napoli, Ajax (Amsterdam), and Real Madrid.

Thanks to the training based on ball possession (at least 70%) and the imprint given by coach Ivan Javorcic, FC Südtirol ended the championship with 27 victories, 2 defeats and only 9 goals conceded. An extraordinary result that makes it the best defence in Europe at the moment. Ci Gusta is proud to support this record-breaking team that has taken South Tyrolean football back to the highest level.