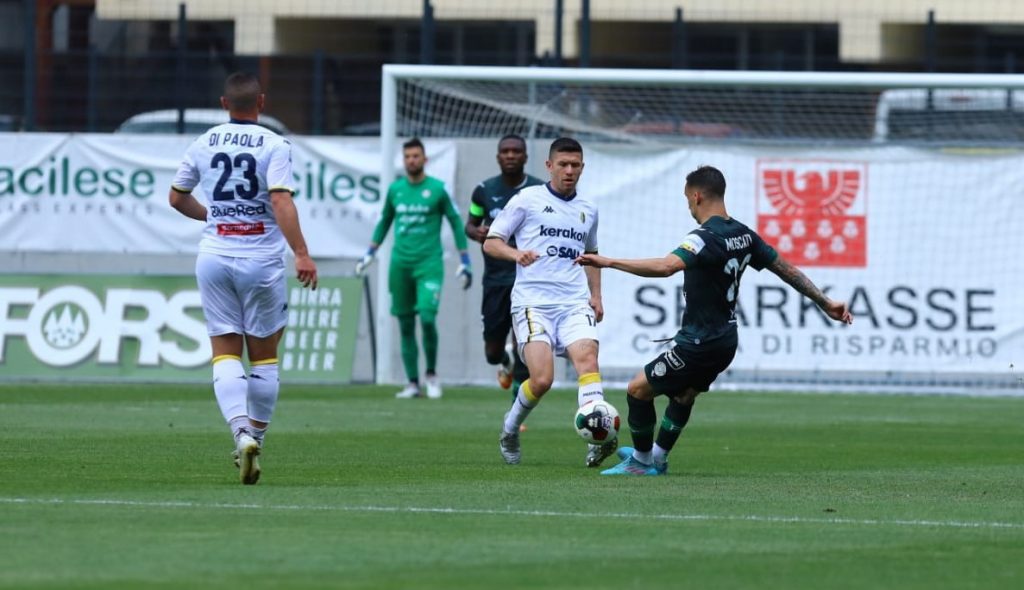 At the Druso Stadium FC Südtirol hosted the Modena team who won 2-0 and took the trophy. After the match the red and white partied in Piazza Walther for the historic and memorable promotion to Serie B.

The FC Südtirol’s eventful season comes to an end with the third and decisive match of the C series Supercoppa. At the ‘Druso’ Stadium came down Modena, the winner of the A league, who raised the award after scoring two goals in the second half.

The match was emotionally charged, especially in the 10th minute when Modena voluntarily put the ball out to allow the standing ovation for Hannes Fink, as this was the final football game in his career as a player. The captain, who played in the FC Südtirol for 21 years, stood up from the bench and thanked the tribute by applauding with his hands in the air.

In this final game Fink  took the field in the 37th minute of the second half, he received a thunderous applause and the captain’s armband from Vinetot. At the end the whole red and white team wore the number 10 t-shirt to thank the long-time captain and then dedicate the corridor of honour to him.

The match ended with the host team winning the Serie C Supercoppa trophy, but the party continued for FCS in Piazza Walther to celebrate their promotion to Serie B.

A memorable season for FC Südtirol that Ci Gusta is happy to have supported.