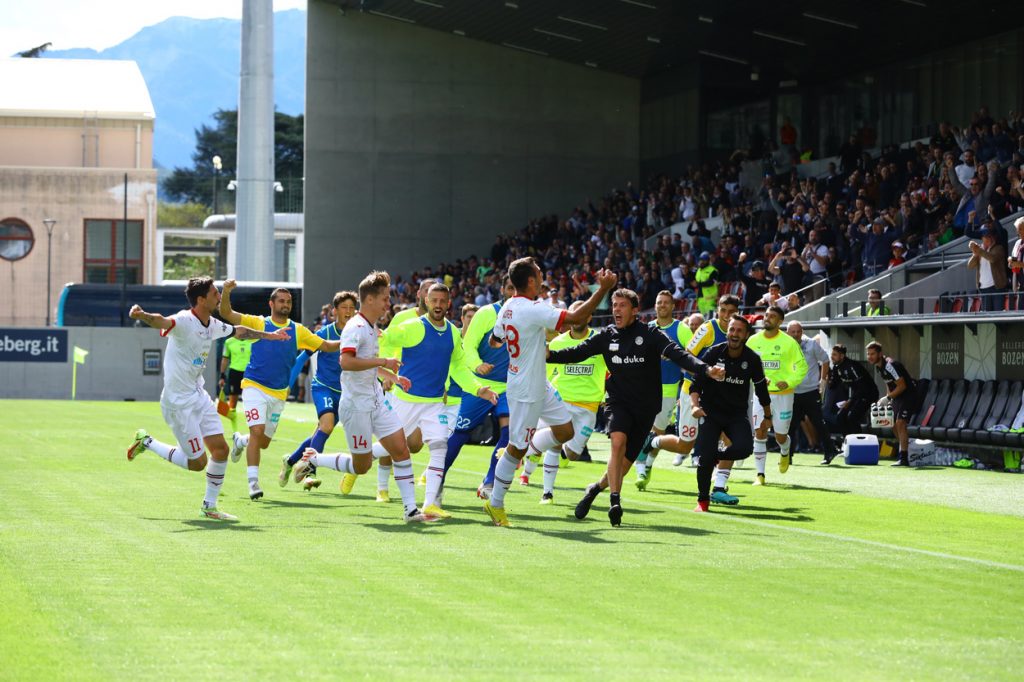 On the sixth round of fixtures of the Serie B season, FC Südtirol earned their first draw of the season against Cosenza. In this third home game of the season, the “biancorossi” led the first half where Rover surprised Matosevic at the first post for the 1-0. Cosenza did equalise with their only shot on goal of the match in the second half to ensure honours even with a 1-1 draw.

On the occasion of the home match against Cosenza, Ci Gusta gave away the new gelato named “Forza Biancorossi” to all the guests of the Vip Club at the Druso Stadium. Many Vip guests enjoyed the yoghurt-flavoured gelato embellished with a lingonberry sauce in the colours of FCS and the typical flavours of South Tyrol.

It was a wonderful experience to bring Ci Gusta’s authentic artisanal gelato into thehome of FC Südtirol and to have it tasted for the first time by the other sponsors supporting the South Tyrolean team’s adventure in Serie B.