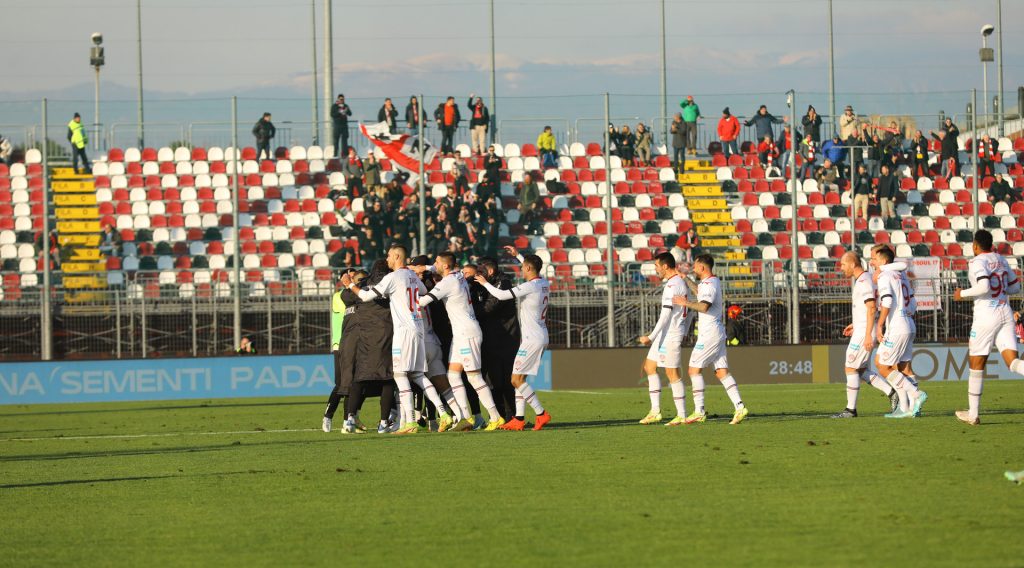 In the eighteenth and penultimate matchday of the first round, FC Südtirol won at the Stadio Tombolato as a result of goals from Nicolussi Caviglia and Odogwu.

In Cittadella, a Veneto town famous for its medieval walls, FC Südtirol took all three points against the hosts.

For the “biancorossi“, led by Leandro Greco in place of the disqualified Pierpaolo Bisoli, the ninth away game, the last of the first phase and of the calendar year, ended in a precious and well-deserved success.

The result was unlocked in the 29th minute when Nicolussi Caviglia took a right-footed shot and slotted the ball into the net to make it 0-1. The biancorossi’s brace came in the first of two minutes of added time. Odogwu advanced with the ball on his foot from the left, entered the box and left-footed the ball into the net with a low shot for 0-2. Victory for the team from South Tyrol.

Ci Gusta congratulates the whole team for the excellent result and wishes them good luck for the next match against Modena, which will take place on the evening of 26 December (Boxing Day) at the Stadio Druso in Bolzano.