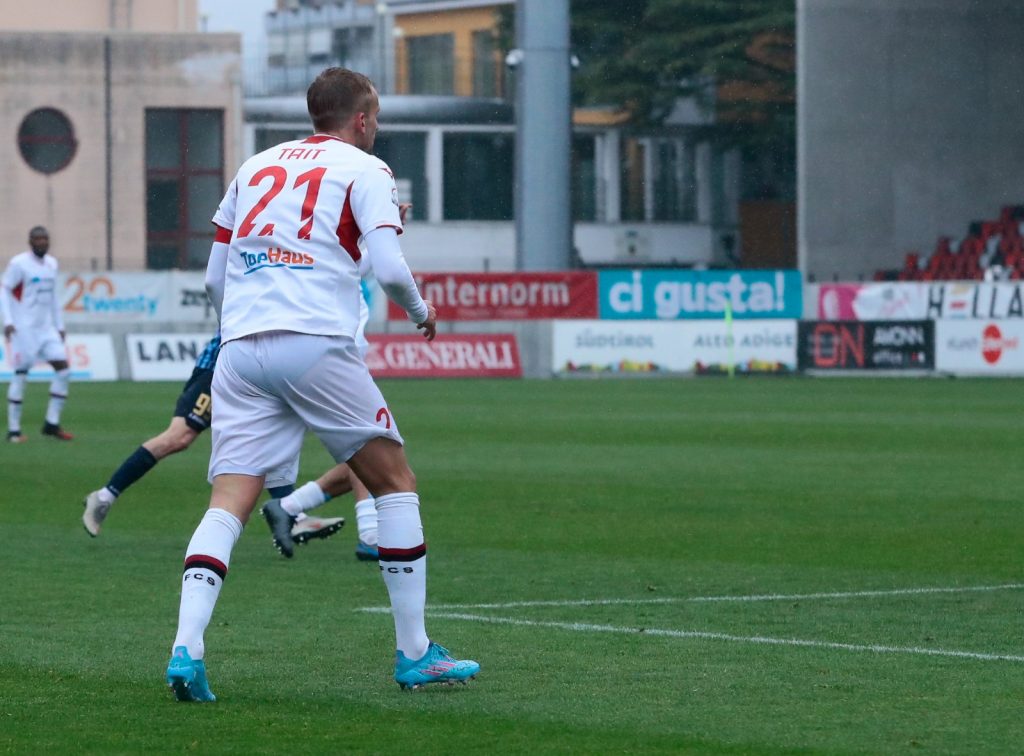 After an unlucky own goal that propelled the opposing team ahead, comes the draw by De Marchi in the final moments of the match

The excitement of Sud Tirol’s final matches of the season are definitely not for those who don’t like a suspenseful finale!

On day 35 of the Serie C girone A 2021-2022, FC Südtirol draws 1-1 on the ground of the “Druso” Stadium against Lecco, a team from the city overlooking the eastern branch of Lake Como and famous for being the place where the famous writer Alessandro Manzoni set “I Promessi Sposi”.

In the first 45 minutes of the game, the hosts came close to taking the lead on several occasions, but an unfortunate deflection by Zaro put the ball in the home goal: 0-1.

In the second half FC Südtirol were persistent in their search for a goal, which came in the 42nd minute: Voltan’s cross from the right was knocked down by Eklu, but De Marchi headed the ball past Pissardo to make it 1-1.

Shortly afterwards there was a chance to take the lead, but as the competition continued to progress, the hopes of scoring another goal were out of reach.

With this point earned, FC Südtirol reaches 83 points in the standings and prepares itself for the next appointment: the return match of the Coppa Italia final against Padova that will take place on Wednesday 6th April at the “Druso” Stadium in Bolzano.