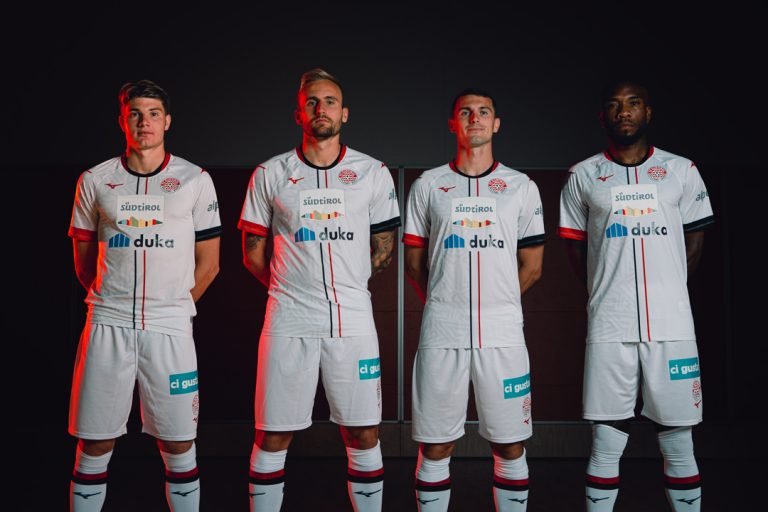 The Ci Gusta logo on the official shorts

New, elegant, modern and very, very special. The new home uniform of FC Südtirol represents a piece of history, because it is the one that the red and white players will wear in their first season in Serie B.

The uniform retains the colour white as a base, as is the established tradition, and is characterised by a modern look, which echoes the club’s vision of constant evolution.

The Ci Gusta logo continues to stand out on the white shorts that complete the match kit that will accompany the athletes in all their home games. An important position, which will make Ci Gusta known to the fans who will go to the Druso Stadium to see the matches of FC Südtirol as they play against the prestigious teams competing in Serie B.

We look forward to seeing the uniform in action during the Coppa Italia game against Feralpisalò on 30 July at the home stadium. At the event, our official advertising banner will also be shown for the first time on the screens lining the field at the Druso Stadium. The video will introduce our brand to spectators and invite them to go to our website to find out more about the opportunities that Ci Gusta offers.

Ci Gusta is ready to support FC Südtirol in its first season in Serie B!