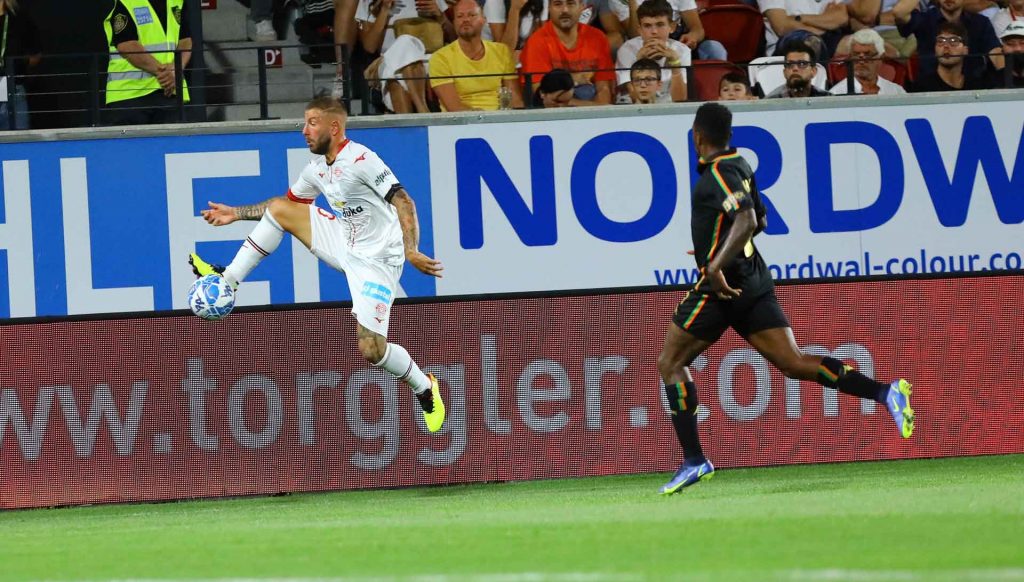 Big news on our collaboration with the prestigious South Tyrolean team, stay tuned!

In the third day of the first leg of the Serie B championship, the “biancorossi” led by coach Leandro Greco are in Reggio Calabria, in the “Oreste Granillo” stadium, playing Reggina led by the famous Pippo Inzaghi, the legend of Milan, with both teams looking for the first important points.

The match began as a hard-fought and balanced dual between the two sides, but it took a negative turn for the “biancorossi” due to the sending off of Curto midway through the first half.

The match ended 4-0 for the home team and after this stinging defeat the club decided to part company with the coach and he was quickly replaced by Pierpaolo Bisoli.

On September 4th at the ‘Druso’, on the fourth round of fixtures, the ‘biancorossi’ will play host to Pisa and it will also be the first match with by the new coach.

The 55-year-old coach, who was born in Porretta Terme in the Bologna area, comes from his experience at Cosenza in Serie B. Bisoli has said he is determined to work hard to ensure that FC Südtirol can also continue their new experience in the cadet series with more confidence and points in the standings.

Ci Gusta wishes the new coach and the entire team a good luck this season and will continue to support the red and whites throughout the season.