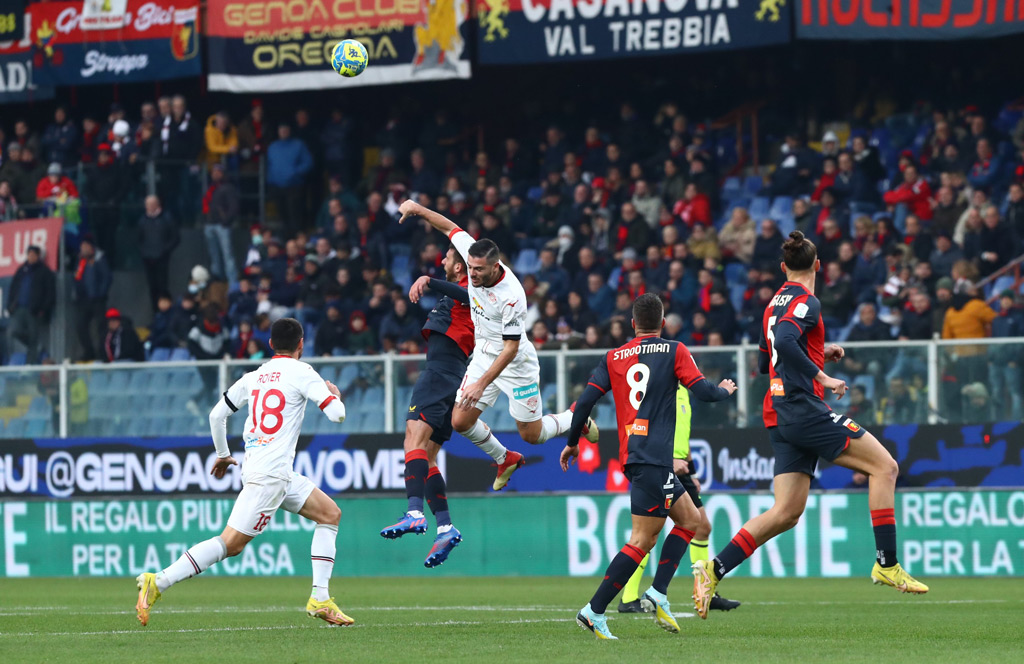 FC Südtirol‘s last two matches have been full of emotions and twists that make the team’s first season in Serie B even more unforgettable.

On the pitch of the Luigi Ferraris stadium in Marassi, Genoa scored two goals that interrupted the positive series of results that had lasted 12 rounds. There were many interesting actions by the Biancorossi. First Puscas and then Aramu put the ball in the goal, decreeing victory for the Ligurian team.  Although playing at the Marassi stadium in front of the Genoa curve, one of the hottest in European football, was certainly not easy for players largely at their first appearance in a stadium of such size and setting. The result aside, the team played an excellent game, even risking a draw on the first red-blue goal thanks to Odogwu‘s usual header that went in off the crossbar of the posts!

On the seventeenth day of the first half of the season, FC Südtirol ended the match against Ternana at the Stadio Druso in Bolzano with a 0-0 draw. The home team showed character and initiative and came close to scoring on several occasions. However, the crowd took their leave with some disappointment for a victory that has now eluded FCS for over a month, and wished for success in the next away match at Cittadella.

During the home match, Ci Gusta was present at the Vip Club of the Druso Stadium where Panettone was offered, accompanied by our delicious creams that further enhance this traditional Christmas dessert. The right dessert to enjoy during the cold day that also brought the first snow on the majestic Alpe di Siusi Dolomites surrounding the city.